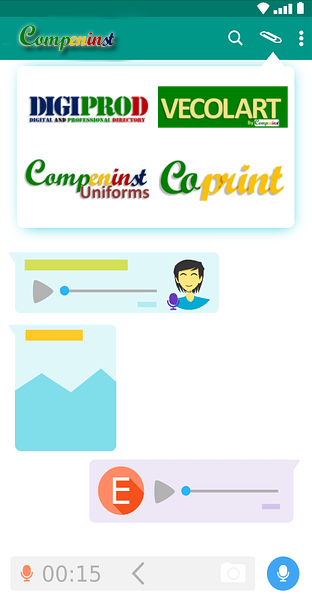 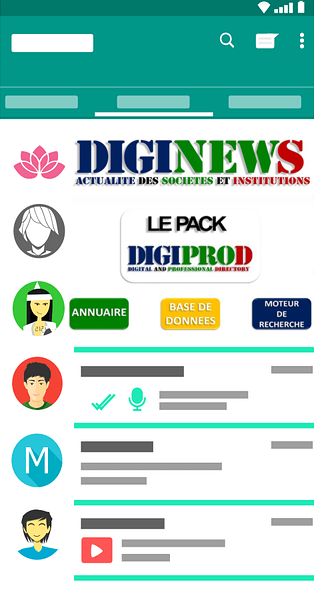 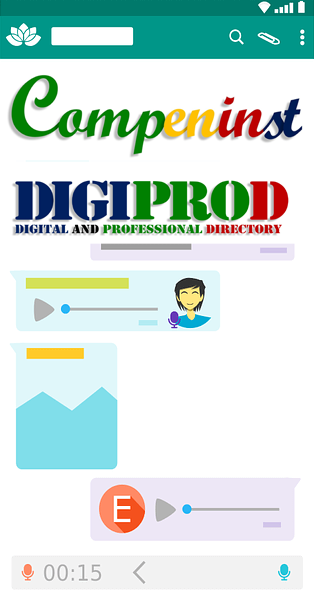 Compeninst was founded in September 2015 and started with one employee,  who is the the founder , FOUAD Mohamed. He worked as a consultant in charge of Technological Communications Department in  comoros Customs of from January to October 2016. This young Comorian, the  shareholder of this first company in his country, studied in France (Computer Science, Marketing and Communication Bases), South Africa (English and Entrepreneurship) and Egypt (Arabic language ) from September 1998 to April 2008. Since then, he has trained himself in Classical and Digital Communications, Web, Graphic Creation, Social Media Management, Local Telephone Network by VoIP among many other areas (reference : FOUAD Mohamed's CV)

Meanwhile, in October 2016, FOUAD Mohamed rented its first premises, in  Magoudjou district, north of Moroni, and recruited its first commercial employees. In February 2018, after designing the web designs for Compeninst's websites and its first DIGOPROD product, he hired the young web developer NADJIM Youssouf (See CV) to whom he entrusted the task of the designs of the websites . Once online, on May 26, 2017, Compeninst and DIGIPROD were officially launched at the RETAJ Moroni Hotel in front of the economic operators. Presented the country  economic situation, he was obliged to close his office and lay off his employees in September 2018.

Moreover, from December 2016, in order to be able to maintain the company's activities, knowing that DIGIPROD product was not yet created, while considering the creation of other products and activities, FOUAD Mohamed started working with institutions and companies.

This activity enabled him to design the websites of the Embassy of the Republic of Tanzania and digital devices including the website, Facebook pages, Twitter as well as the YouTube channel of the General Administration of Taxes and Domains (GATD) and the Directorate General of Comoros  Customs. From February 1, 2018 to March 31, 2019, Compeninst was a  full-time specialized consultant ; Mr. FOUAD Mohamed was recruited as a Consultant in classical and technological communications, he  was responsible for :

- The Control Access System, which is equipped to identify agents and visitors with beep-beeped magnetic badges,

- Advicer to the Director General in classical and digital communications,

- Implementation and follow-up in the areas of logistics, organisation, IT, coordination, supervision and safety-hygiene-quality (SHQ).

He did, however, through the functions mentioned above, realized:

- The establishment, management and monitoring of the Comorian Customs Communication Service,

- Setting up a HybridCloud server to host the website” douane.gov.km” and administer, manage and update its email webmail “.douane.gov.km”.

- The supervision and monitoring of the establishment of the internal local telephone network of the General Directorate of Customs with an  interconnection with Moroni-Port and Hahaya-Airport Customs Centres, as well as the creation of an internal telephone directory of all three entities

- The creation, implementation and finalization of the Visual Communication Project of the General Directorate of Customs including:

1- The identification of offices, from Carved Craft Identification Plates with indication in French and English.

2- A sculpted panel of the Conference Room, with writings on tarpaulin and cover by Plexiglass,

- The setting up of a mini-museum

- The 10th Meeting of the Sub-Committee of Directors General of Customs of the African Union (SCDGDUA) (https://www.dgdua-comores.com/) which took place from 17 to 21 September 2018 at the RETAJ Moroni Hotel, being responsible for the achievements and monitoring of communication actions,

From 1st  February 2018  to 31st March 2019, FOUAD Mohamed was Head of communication department  of comoros Customs Directorate,  during that period , comoros customs received and retained in two consecutive years the prize of the best Customs Administration in terms of communication (see the image of the prize and see the article of the comorian Customs website on the price).

Companies, Institutions, is a multi-skilled, multilingual Comorian startup in front of “ ecole univers”

your message is send. thank you!